It’s not mould until a laboratory analysis says it is.

We can be pretty confident based on experience and knowledge that something may appear to be mould but unless it is tested, we use the term “suspect” mould growth.

Health Canada does not recommend testing the air for mould

“An air test does not provide information on health and does not address the cause of mould damage in the house. You also do not need to know the type of mould present in order to remove it. Mould is a natural part of the environment and there are always mould spores in air. Simply finding mould spores in an air test does not necessarily mean there is a problem. The best way to reduce your health risk from mould is to identify and remove the moisture source(s) and clean up the mould.”

So why do we air test then?

While we agree that the type of mould present in order to remove it doesn’t need to be tested, each situation is different and should be treated accordingly. On small removals there is usually no air testing needed prior to or after remediation but on larger scale jobs air testing can be a useful tool.

On larger scale mould remediation projects air testing post removal will ensure that mould spore levels are within acceptable limits when compared to the outside air.

Air testing for mold spores can also help detect if there are hidden issues, not all mould growth is visible during an inspection and air testing can help with further exploration.

Air testing for fungal spores can be requested by doctors/allergy specialist to help with diagnosis of patients. Legal disputes may require sample analysis of materials to confirm if mould is present.

Air testing is just one of the useful tools we have in our tool box! 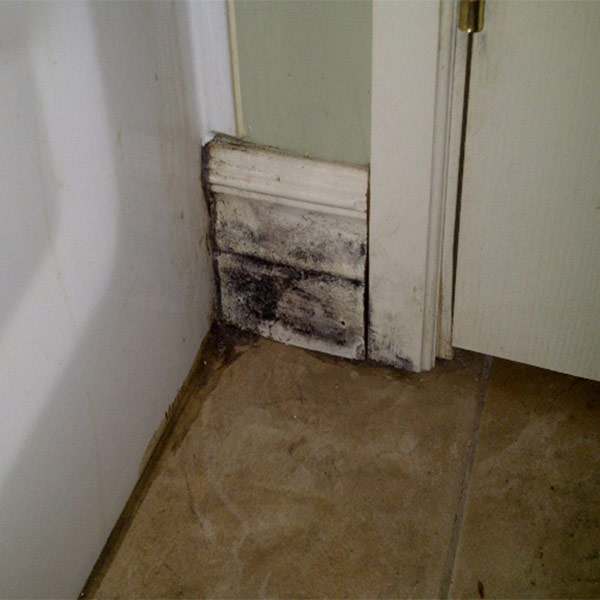 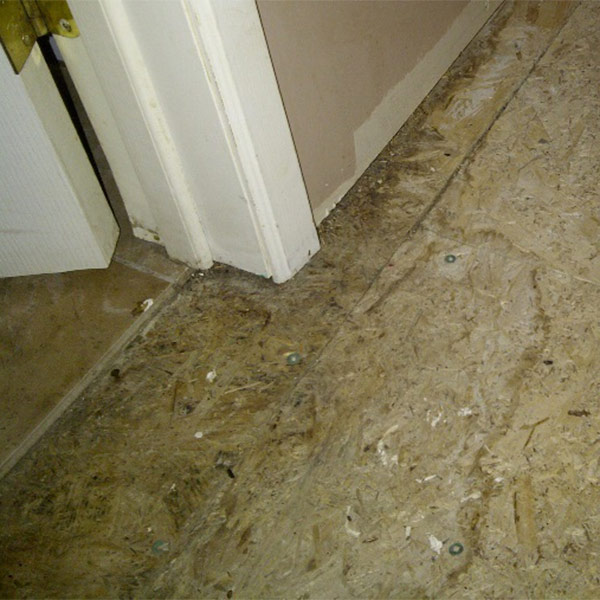 Were you going to pick the first pic but thought… hmmmm that’s too easy I’ll pick the second?

These pictures were taken from an assessment we did on a rental property. Due to various reasons the water from the shower was puddling onto the floor. The suspect mold on the baseboard in the bathroom was obvious; what was not so evident was the water staining under the carpet in the hallway and the damage under the ceramic tile.

We performed air testing and the results revealed the following:

What appears to be “black toxic mould” in the first picture on the baseboard was not Stachybotrys. Not all black moulds have toxic mycotoxins. The mould found here by tape lift analysis was Ulocladium. This mold although black in appearance is not considered a toxic mold but has been known to cause Type 1 (hay fever) allergies. Air testing in the bathroom also confirmed there was no Stachybotrys spores.

Although there was no evidence of black toxic mould in the hallway it was detected in the air samples taken from that area. Stachybotrys was abundant in the hallway and bedrooms.

How did the air testing help us?

Without the air testing we would have no way of knowing the extent of toxic mould spores that spread throughout the home and could potentially thrive in other areas if the right conditions were present.