Mould or Mold…either way you spell it, it can still be harmful!

Mould spores are everywhere, they are inside and outside and a vital part of our eco system. Mould has been used in medicine and even in some of our favourite foods.

The problem arises with the type of mould and the quantity of the mould. When mould is disturbed mould spores are released into the air and can potentially cause adverse health effects and be potentially harmful to certain individuals.

While no exposure to mould is healthy, it poses a greater health risk to:

NO home is free of mould spores! Moulds can enter buildings many ways. Open windows, doors, plants etc.
There are many things homeowners can do to minimize the potential for mould growth.
Controlling moisture/water intrusion into the dwelling takes away moulds food source which is an important step to minimizing unwanted mould growth.

Visual mould growth is a sign that there is an issue somewhere that needs to be fixed. Sometimes the fix can be as easy as running fans after showers or opening up windows for air flow and sometimes there may have to be more of an investigation to determine the source or water/moisture intrusion.

If the source of the moisture/water intrusion is not fixed mould will reappear. When moisture accumulates and cannot be vented outside there is a potential for building materials to become wet/damp, the perfect combination for mold growth.

There are many things that can be done to help control moisture/water in the home. Here are a few things to consider.

Mould can grow in as little as 24-48 hours. It’s important to Dry damp surfaces, remove standing water from areas, fix leaks etc. before a small issue becomes a big one.

Sometimes the “fix” can be a simple as diverting water from a drain spout away from the house, caulking areas where water can enter or making sure fans are working and vented properly. It takes just a small amount of water/moisture to cause a lot of mold.

Preventative maintenance can save thousands in mould remediation and rebuild costs.

Part of a mold assessment is determining why the mould is present in the first place. As molds need a food source and water to thrive, determining the source of water/moisture is integral to keeping the mould from returning.

When performing a mold assessment, we may use tools such as moisture meters or thermal imaging cameras, but even with our fancy instruments sometimes removing material is the only way to really see what’s going on.

Moisture meters detect moisture content and thermography detects temperature differences. If the material has had time to dry our tools may not detect the area where hidden mould growth may be.
This is why destructive measures (removing materials) is sometimes the only way to determine the extent of the mold growth if any.

In this mold assessment the wainscoting looked great with the exception of some discoloration/water damage on the baseboard. The wainscoting was within acceptable moisture levels and the extent of mould growth was only apparent after the material was removed. 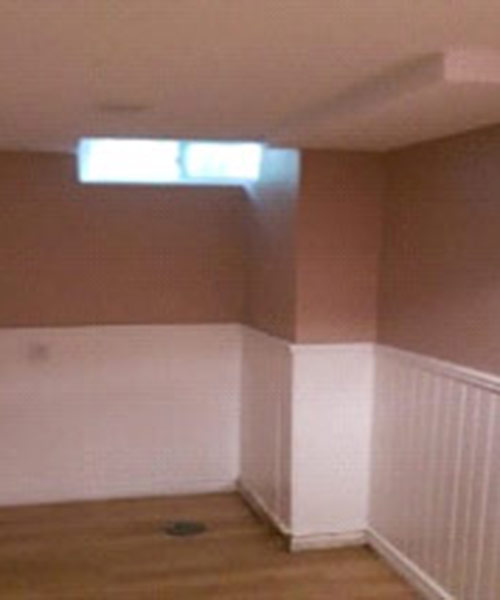 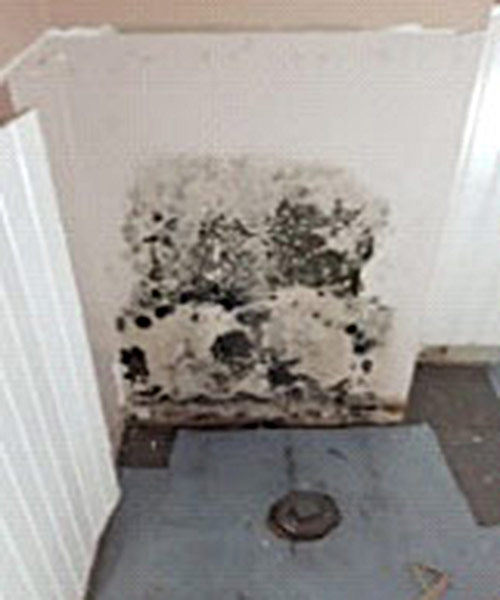 One of the issues we see a lot is toilet wax rings that have failed. A leak that goes unattended can not only cause mold but can start to damage flooring and building materials. In this mold assessment our client was concerned about a little bit of mold on the baseboard. The extent of water damaged material was uncovered when the mold remediation began. Ceramic tiles and a covered basement ceiling sure hid a lot of damage over a long period of time. 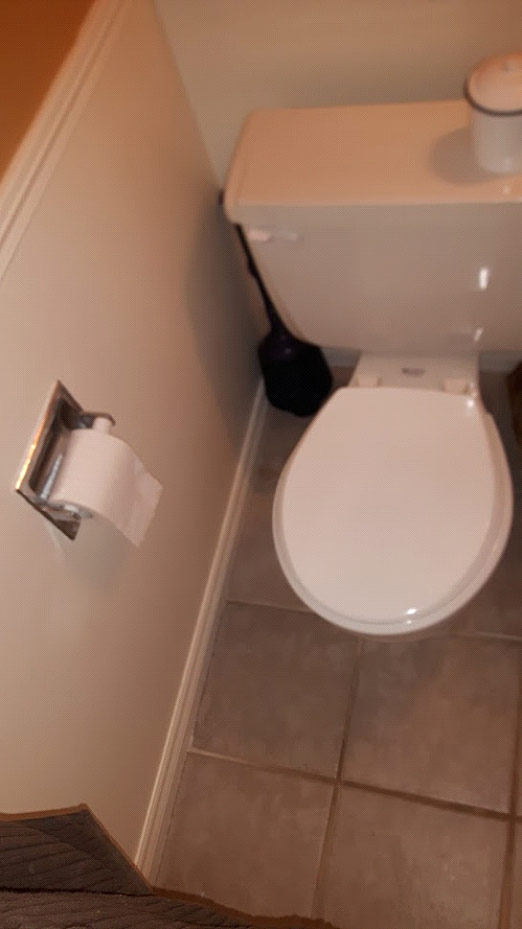 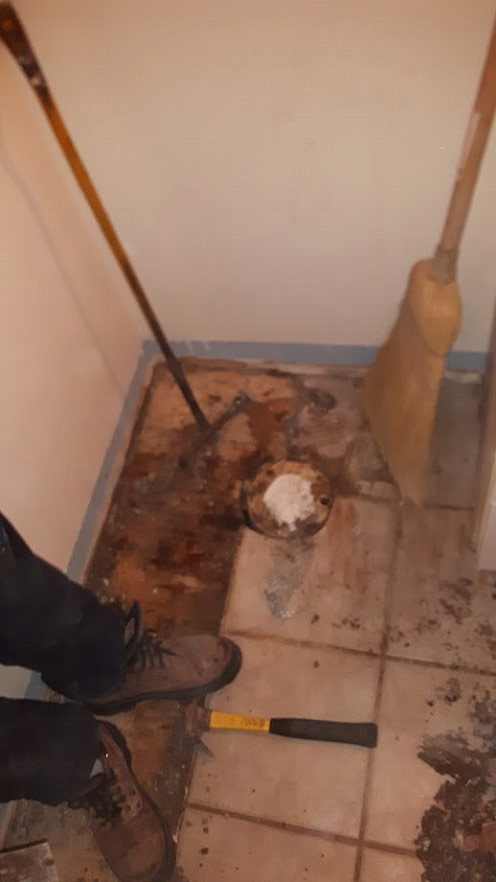 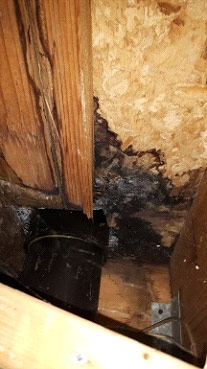 This is another great example of the damage that ceramic tiles can hide! 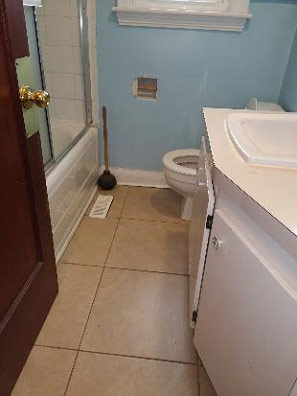 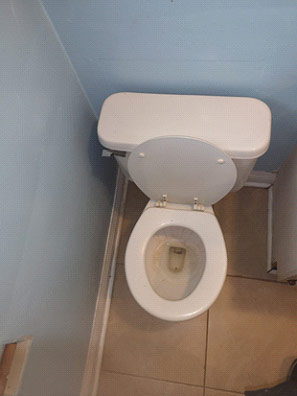 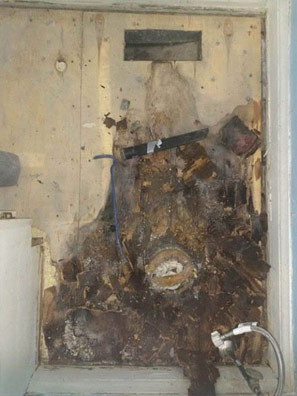 Its not only ceramic tile that can hide water damage and possible mold growth. Multiple layers of flooring can hide extensive damage and it can be impossible to know the extent of the damage until all material is removed.

We were called into this residence for a mold assessment due to laminate flooring that had been lifting in one area in the basement. Unfortunately, a condensing hose on the refrigerator that was improperly installed had cause a leak for over a year. The damage reached far across the room where there was no indication of any water damage. 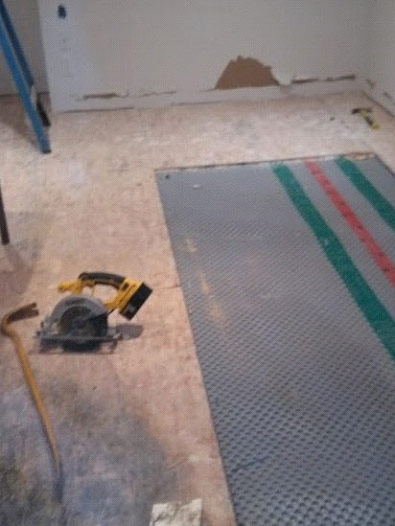 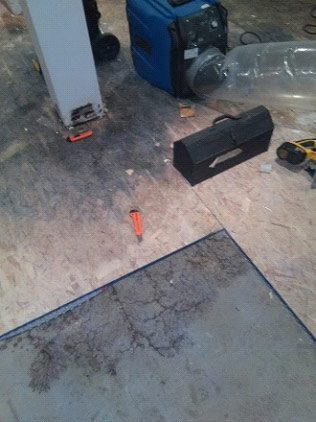 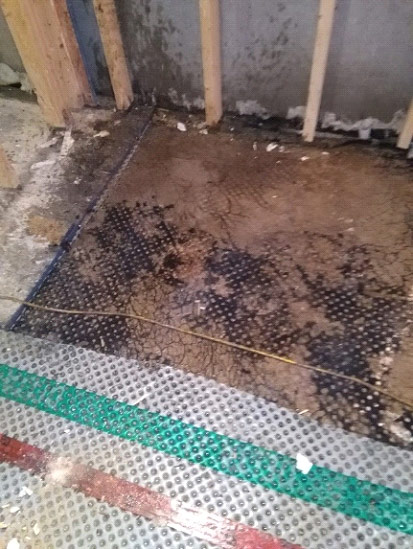 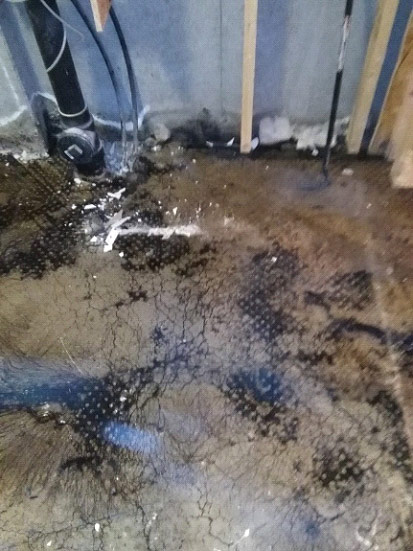 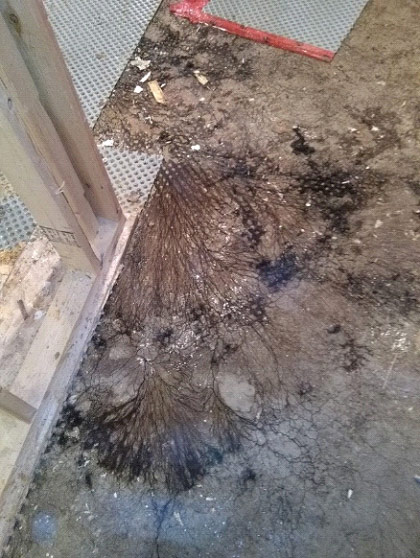 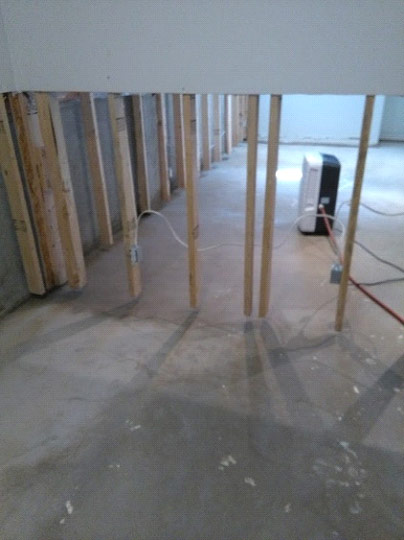 This was a beautiful new addition that was built on top of deck. Unfortunately, there were many deficiencies in the build that lead to the extensive mould growth and water damaged material. It was only once the laminate flooring started to heave that the homeowner detected a problem. 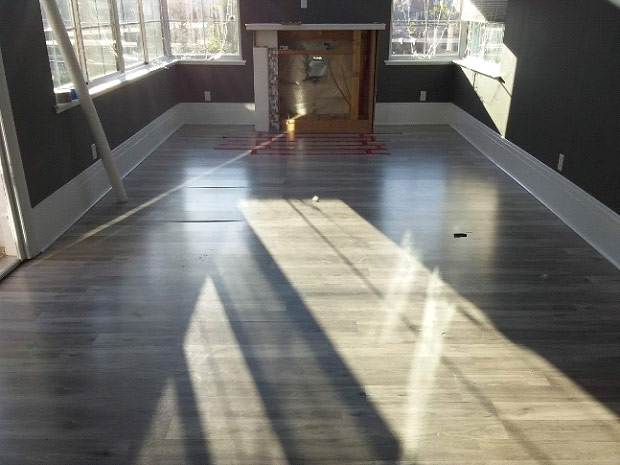 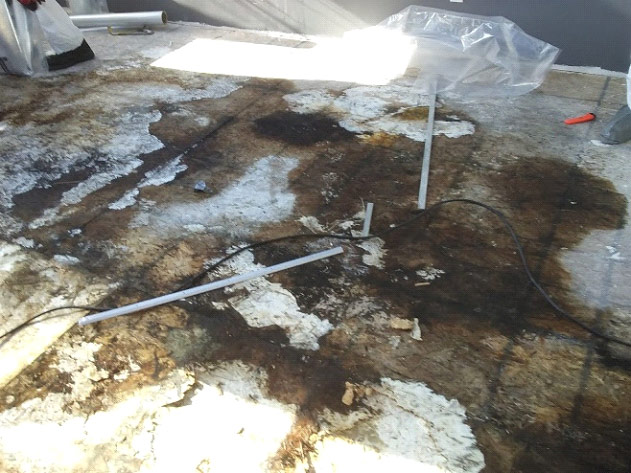 What does this all mean?

Simply put, things aren’t always what they seem! Especially in the world of Mould!

Every mould assessment is different. Our experience and knowledge help us know what to look for when we are assessing the cause of mould growth and preparing an appropriate scope of work for mould remediation.

Preventative maintenance can help in stopping unnecessary water from entering the home/building and controlling humidity and moisture inside the property can help in controlling mould growth. But sometimes because of issues that may be hidden by building materials (ceilings, walls, floors) a small leak etc. may go undetected for a long time resulting in an issue that may be bigger than expected.

Just like an iceberg! Sometimes what you see isn’t the biggest part

Why hire Metro as your mould/mold removal specialist? It’s just a little mould!

According to Health Canada the amount of mould is the determination as to whether a professional mould removal company is required.

In our line of work, we’re always hearing things such as…. 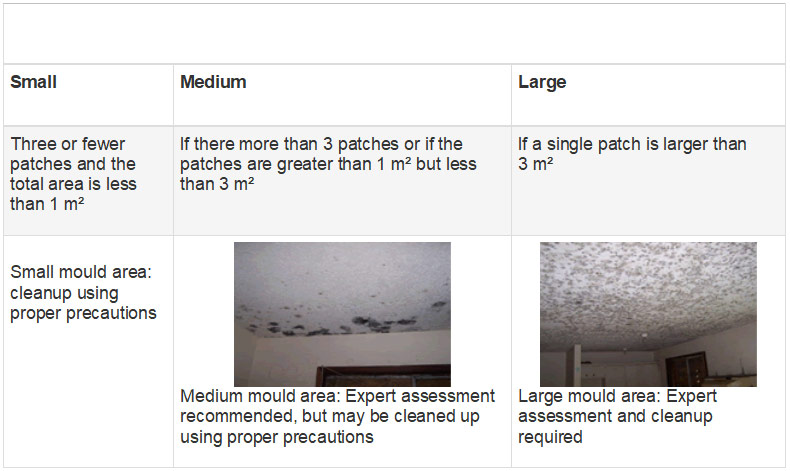 Maybe in some situations that may be the case. But there are a lot of factors to consider and health of occupants is one of them.

Some moulds produce mycotoxins that can make some people really sick. Non-viable/Dead mould spores retain their mycotoxins. This means when inhaled they can still have the same health effects as “living” mould spores. If you spray bleach for example on mold it may remove the visibly affected area but moulds defense system when “attacked” it to release mould spores.

Exposure to the toxins can occur through inhalation, ingestion, or skin exposure. Depending on the amount of visible mould present, where it is etc. additional precautions may be needed to ensure mold spores are removed when performing a mold remediation.

A successful remediation not only “kills” the mould spores but also removes them. We do this by setting up containment around the work area, implementing negative air machines/air scrubbers and HEPA vacuuming while the mould removal is in progress.

Our mould removal procedures use the same stringent practices that we use in asbestos removal to ensure that any potential toxic mould spores do not become part of your breathable air!

Our team follows all IICRC/Mould removal guidelines to ensure the safest removal possible. Training in infection control in Heath Care settings during construction assures that our knowledge and practices far exceed the common practice of “just removing” and we’re ready for any situation.

Its all about the containment…..and ours are incredible!